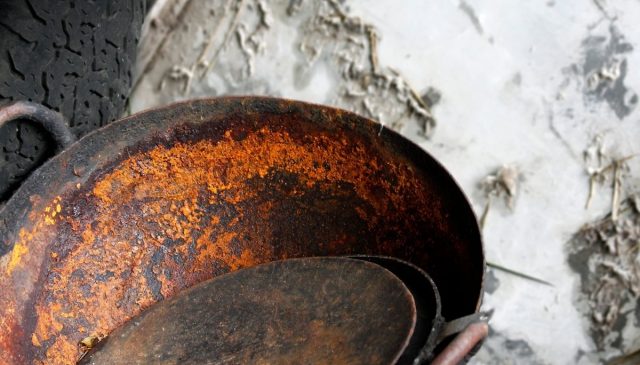 The humble wok can be a cook’s best friend. It’s the go-to kitchen implement for cooking just about any ingredient and there really isn’t much you can’t do with it.

Unfortunately, woks are just as susceptible to wear out over time as any other piece of cookware. Particularly, rust can be an issue for woks as the metal is often exposed to moisture in food and steam that can inhabit your kitchen while cooking.

In this article, we’re looking at how to clean a wok with rust and how you can protect it in the future.

Why Do Woks Get Rusty?

Without getting too scientific and technical, rust occurs through a chemical process known as oxidation. It’s the combination of oxygen and moisture that can cause rust to damage your metal cookware.

In particular, woks made of carbon steel or cast iron are much more likely to rust than some other metals. Unfortunately, the traditional and best woks are often made from these materials.

The main reason woks get rusty is because they are not dried properly after cleaning. For example, even if you leave your wok to air dry after washing it by hand, those minutes spent with moisture on the surface of the wok can speed up the oxidation process.

Similarly, because there’s often a lot of steam and moisture in the air of a kitchen while cooking, woks can catch some of the moisture this way. This is only really an issue if you store your wok on a shelf, hook, or anywhere on display in your kitchen.

The best way to avoid these issues is to hand dry your wok thoroughly as soon as you’ve cleaned it. For good measure, you can heat it over low heat to chase any hidden droplets away. Then, store the wok in a cupboard, away from anywhere that might get steamy.

How To Clean A Wok With Rust: Step-by-step

The process for cleaning a rusty wok couldn’t be simpler. The only thing to bear in mind is that you should never use soap when cleaning a wok. This will undo all the effects of seasoning and can damage the surface of your wok.

When using steel wool, go through the same process we outlined before but bear in mind that some of the protective layers built up by seasoning will likely be scraped off during cleaning.

For that reason, you should reseason your wok after cleaning rust off of it with steel wool.

How To Prevent Your Wok Getting Rust

As well as keeping your wok away from moisture and drying it as thoroughly as possible after cleaning, a good way to prevent it from rusting is to season it regularly.

Seasoning a wok gives it a protective coating that makes it less susceptible to rust and food sticking to it.

The process is pretty simple: add a couple of tablespoons of cooking oil to the wok and place it over very high heat on your stovetop. Then, move the wok around to coat every inch of its surface with the cooking oil, being careful not to spill any.

You’ll want to keep this up until the oil starts to form a thin film on the surface of the wok. At this point, remove any excess oil and leave the wok to cool and it will produce a protective layer of seasoning.

Do All Woks Get Rusty?

You may have noticed that we only listed two materials- carbon steel and cast iron- that will get rusty when exposed to too much oxygen and moisture. However, some woks are made from materials that won’t present this issue.

Non-stick and stainless steel woks are great for avoiding rust. Non-stick cookware always has a protective coating on the surface of the metal which works not only to stop food sticking to it but also to prevent the effects of oxidation and rust.

On the other hand, stainless steel simply doesn’t react with moisture and oxygen in the same way and therefore will not rust.

What Material Is Best For A Wok?

Given that non-stick and stainless steel materials will not cause a wok to rust, you’d think that they’re the best way to go, right?

Well, despite the practical benefits of those metals, they do present some other issues.

Wok hei is that special smoky flavor that’s produced when cooking food over high heat in a wok. You will usually find it in the best Chinese restaurants and it can be challenging to achieve at home. It can be created in a home kitchen, but not with a non-stick or stainless steel wok.

The more commonly used materials for traditional woks are carbon steel or cast iron. Both of these metals are great for thermal conductivity, meaning that they’ll get hot pretty quickly and cool down quickly after use.

The other great benefit of these materials for woks is that they won’t distribute the heat evenly across the whole surface of the pan. Great wok users will try to create different temperatures within the wok to cook different ingredients at different rates.

It’s a tricky concept to master but it’s always best done in one of these woks.

For these reasons, carbon steel or cast iron woks are generally considered superior to a wok made from other materials. They might not be as practical in terms of care but the cooking benefits are definitely worth it.

Because woks are such an important piece of cookware for most people’s kitchens, it’s important to make sure it stays in good condition.

As long as you follow all the tips and tricks we’ve outlined here, you should have yourself a wok that lasts years! 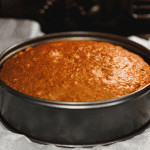 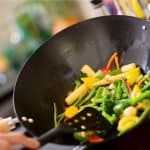 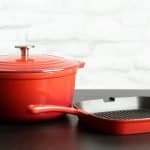 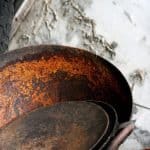