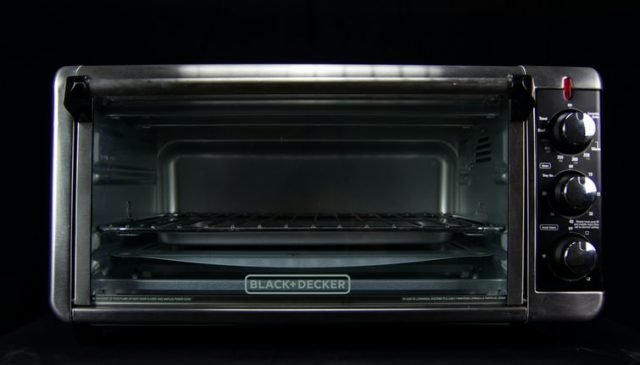 On the surface, the convection oven and toaster oven look pretty similar. In fact, you could be forgiven for not knowing the difference between the two.

In this article, we’ll take a look at these two types of ovens and distinguish between them once and for all, analyzing their differences in energy efficiency, temperature, effectiveness, safety, and versatility.

Related Post: The 7 Best Microwave Convection Ovens You're Sure To Love

What's the difference between a convection oven and a toaster oven?

First though, what is the basic difference between a convection oven and a toaster oven?

A convection oven has a fan and exhaust system, so it’ll heat the surrounding air first and then circulate the hot air around the cavity of the oven, allowing you to cook your meal more evenly.

On the other hand, a toaster oven is also a miniature oven that works as an advanced toaster. It has a range of other functions too, such as broiling and roasting, so it’s a highly versatile kitchen appliance.

Whereas a convection oven circulates hot air around the cavity of the oven, a toaster oven uses heating elements which are usually placed on the top and bottom of the oven.

These elements then heat up the surrounding air to bake, broil, or of course, toast, your food. Contrary to the name, toaster ovens can be used to cook a myriad of foods, from meat to pizza.

A convection oven heats up a lot quicker than a toaster oven mainly due to the fan, which circulates the hot air around the oven, implying that a toaster oven takes longer to preheat and therefore uses more power.

In the same way that a fan in a full-sized oven usually requires a lower heat and shorter cooking time, a convection oven will also cook your food more quickly thanks to the improved air circulation.

This also cooks your food more evenly, and in order to get the same results from a toaster oven, you’d probably have to cook your food for a longer period of time, and you may have to turn it.

A toaster oven works in a similar way to a conventional oven.

However, like we were saying above, a convection oven requires changes to the temperature and cooking time in comparison, and it’s pretty easy to overcook your meal due to underestimating the time - and temperature - required to cook your food with the assistance of a fan.

You’ll notice that most cooking instructions will instruct you to heat your food on a lower temperature setting if you’re cooking it in a convection (fan) oven.

For example, if you toast at 80 degrees Fahrenheit in a toaster oven, you’d reduce this by 15 to 28 degrees if using a convection oven. You’d also reduce the cooking time by about five minutes.

Your main concern with either type of oven is the hot surface.

Some modern convection and toaster ovens will feature cool-touch surfaces to reduce the risk of burning your skin, however generally the surfaces of both will get pretty hot during operation, particularly if using it for long periods.

In terms of cleaning, both require regular maintenance to prevent grease build-up. Ideally, each time you use your convection or toaster oven, allow the appliance to cool down and then clean it immediately.

With modern ovens, it’s worth checking whether your appliance features a non-stick coating. This will make the cleaning process easier, however, you can easily damage the coating if you use specific cleaners or harsh brushes to clean it.

Most convection and toaster ovens will feature a tray or rack, so be sure to remove this and clean it regularly. Keeping your oven clean and well-maintained will prolong its durability and will serve you for years to come, so it’s certainly worth doing.

As we said, convection and toaster ovens look pretty similar, and this is mainly due to the size.

Both are designed to take up less space than a full-sized oven.

Again, these are pretty similar in terms of cost, and you can get either a toaster oven or convection oven for as low as $40, with the more expensive models costing into the hundreds.

However, generally, these are both pretty affordable appliances due to the increasingly competitive home appliances market.

Toaster ovens and convection ovens will cook food differently, and each has their benefits. Toaster ovens are great for food that requires gentle or gradual heat to cook slowly, such as bread or cakes.

Your food will be soft rather than crispy or crunchy, so a toaster oven is less effective for cooking meat or vegetables, whereas a convection oven will cook these evenly, to a point where they have a slight crust but are moist on the inside.

Convection ovens are also good for baking pastries, as they will help them rise and will achieve those perfect golden croissants with a slight crisp.

Final verdict: which is best?

Both the convection oven and toaster oven are a great addition to any kitchen, as you can cook a range of meals in these and they take up a very limited amount of space.

However, because the two are similar in terms of their price, maintenance and appearance, we believe that a convection oven is the best choice.

The added fan means it heats your food more evenly, meaning you get better results but you also reduce your cooking temperature and time, so it’s the more energy-efficient option of the two.

But, if you really can't decide, go for a convection toaster oven! This one is our personal favorite: