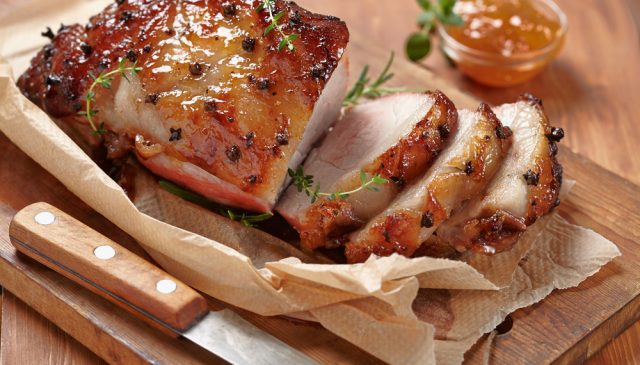 Today, the terms "roast" and "bake" are used somewhat interchangeably, basically decided by whether the dish you are cooking is savory or sweet.

We’re here to explain the difference between the terms roast and bake, so you will never be confused again!

Webster’s dictionary defines roast as “to cook by exposing to dry heat (as in an oven or before a fire) or by surrounding with hot embers, sand, or stones.” The earliest recorded use of the word was in the 13th century for this meaning.

Webster defines bake as “to cook by dry heat especially in an oven.” The earliest recorded use of bake in this way is in the 12th century. Interestingly, it came from the Greek phōgein meaning to roast.

Hundreds of years ago roast was commonly used to discuss cooking over an open flame, whereas bake was reserved for cooking via an oven.

As technology has advanced and the two methods have combined, the distinction between the terms has blurred.

Both roasting and baking use dry heat to cook the food. The air is above 300 degrees Fahrenheit and this extreme heat gently cooks the food.

This causes the outside to brown, caramelize, and become deliciously crispy in the oven.

As mentioned above, both roasting and baking are done through the application of dry heat to cook food.

Roasting tends to be done at a higher temperature so you can get the crispy, roasted exterior to form on the outside of the food. A general rule of thumb is around 400 degrees Fahrenheit and above is considered roasting temperature.

Some chefs will roast foods at lower temperatures of between 200 and 300 degrees Fahrenheit, for a much longer period of time. This can make the meat more tender and juicy, but often causes you to sacrifice the crispy, caramelized exterior.

As technology develops, chefs are using a variance in cooking temperatures and times to achieve the perfect roast.

Baking tends to be carried out at a much lower temperature, anything up to 375 degrees Fahrenheit.

What is Being Cooked

We usually keep the word bake for things like cakes, bread, and pastry. Soft and unstructured objects are baked and become spongy, firm, and able to hold its own weight up. This also applies to dishes like casseroles and lasagnas.

All of these have a weak structure prior to baking and are liquid-y. During baking, they transform to solid structures.

Roast is usually reserved for vegetables and joints of meat. These are firmer, more structured foods and through roasting they become soft and supple.

During the cooking process, baked goods do not need to be fiddled with much. They may need checking occasionally to ensure they’re not browning too fast.

Sometimes you will need to cover, uncover, turn, or reposition bakes, but you should not have to do much more. The fat content contained within the baked goods is usually sufficient to prevent the dish drying out and works to keep the final result moist.

Roasts tend to need some more care and attention during the cooking process. Initially roasted items are covered with some form of liquid fat.

This works to prevent the exterior of the food catching on the baking dish or burning. This then needs to be rotated and mixed around, even basted at points, to ensure the heat distribution and cooking is even throughout.

Some ovens have pre-programmed settings for roasting and baking. In some models, these two settings are virtually indistinguishable from one another and leave you with the exact same result.

In other ovens, the location of the heat source changes depending on which setting you are on. Some ovens will only allow you to roast with convection, where the airflow is constantly moving but baking can be done without.

Baking tends to be described as an exact science and requires precision and attention to ensure the best result.

Roasting as a general rule, tends to involve whacking a large tray in the oven and leaving it to do its thing, maybe checking on it and basting occasionally.

Roasting also tends to be uncovered whereas bakes can be covered and uncovered at will to control the surface browning of the dish. In this case, aluminum foil counts as a covering. 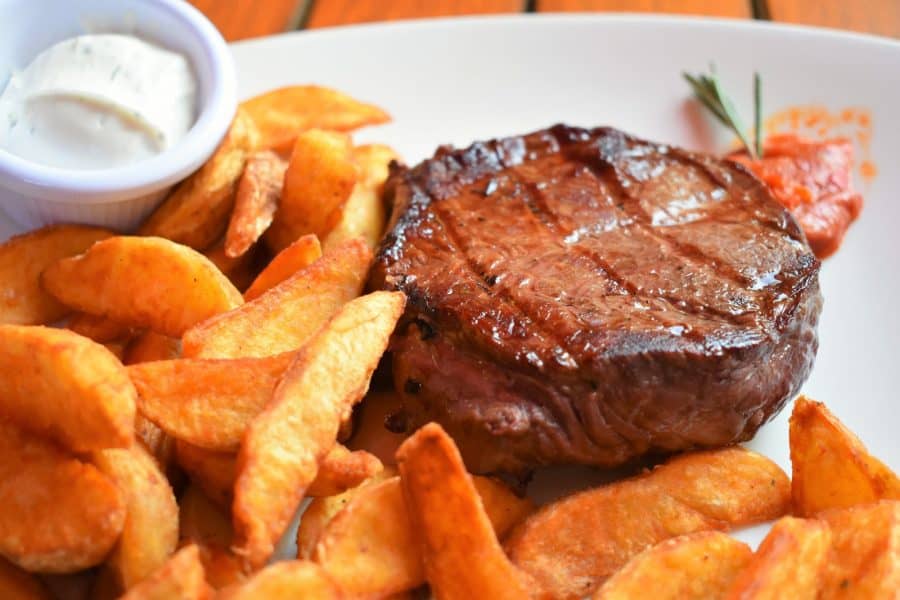 So there you have it. Roast and bake are kind of the same, but not really. Both methods cook food via exposure to dry heat.

Generally speaking, the structural changes the food undergoes during cooking is what dictates which method is being used.

Soft foods with a weak structure that become firmer during cooking are generally baked. Foods that start with an initially firm structure become softer during roasting.

Of course there are exceptions to this, such as in the case of potatoes. Some foods can be roasted or baked - like apples and other fruits.

Semantically, it makes little sense to roast a cake or bake a leg of lamb. If you read a recipe that instructed you to roast the cookies for 15 minutes, you would understandably be a little confused.

Even though the two terms are remarkably similar in definition, there is a clear distinction between the intended uses of each and the lexical fields that they fall into.

Generally, baking is used to refer to sweet dishes, pastry, and casseroles. Roasting tends to be used as a reference to vegetables and joints of meat.

We hope that you now feel a little more confident in the differences between roasting and baking. If nothing else, you have learnt a few fun tidbits of knowledge that will make for an excellent conversation starter at your next dinner party.